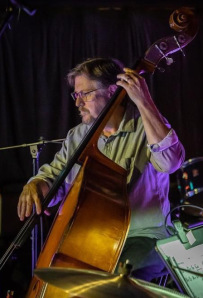 Bryan was one of the most in demand double bass players on the West Coast for over 30 years, and is still since he moved to the Asheville, North Carolina area almost 8 years ago.

Educated in both classical and jazz, Bryan has over 50 years of performing experience. Bryan first started on guitar at the age of 5 years old. He began studying cello in fifth grade, and by seventh grade was playing violin, viola, and bass with the Junior High Symphony, as well as the High School Orchestra in Roanoke, VA. Bryan played his first professional concert, Handel’s Messiah, on double bass at age 12. Bryan went on to win full Performance Scholarships in double bass at both Florida Junior College, 1979-1981, and the University of Oklahoma, 1982-1985.

Bryan toured Japan with John Handy in 1991 and 1992, and again with Dottie Dodgion in 1997, and did a Goodwill Tour to Florence, Italy in 1993, with the Santa Clara County All-Star Jazz Quartet.

Bryan's recordings include, Live at Studio West, with the Jazz 88 All-Stars, of which he was a member, in 2007-2010. In 2004 Bryan recorded Love Is Here, performed with Julie McConnell, Sky Ladd, and Kevin Green, of which Bryan was also the arranger and producer. In addition, Bryan recorded Senza Fine in 2018 with his singer wife again, Julie McConnell, and again Bryan producing and arranging several of the tunes. In 2000 Bryan recorded his own CD, Live at the Elkhorn Slough Yacht Club, performed with Jackie Coon and Dottie Dodgion.  Previously, during, and after these 4 CD projects, Bryan McConnell has played on 24 other recordings for numerous artists. Bryan also recorded for Newgrass band Humble Thumb from Asheville, as well as folk-rock singer/song writer Bob Jordan from Waynesville.

Bryan will be recording his orginal compositions, among others, in Fall 2022 for his newest CD. Bryan's band for this project includes Michael Jefrey Stevens on piano, Bill Berg on drums, Christian Howes on violin, Todd Wright on saxophone, Will Boyd on saxophone, and Rick Simerly on trombone. The CD Release Concert for this project is scheduled for Sunday, May 7th, 7:30pm at White Horse Black Mountain.

Bryan is an accomplished composer, writing several original works over the past 30 years; such pieces as Too Mingus and Goodbye, among others. You can listen to some of these, and other selected pieces on the Music Tracks page of this website.

Earlier in Bryan's career, while working as the house bassist and musical director at Storyville Classic Jazz Club in San Francisco, 1995-1997, Bryan organized non-profit jazz clinics, volunteering his time and expertise teaching bass and jazz improvisation in the local community. In addition, Bryan was the "Artist in Residence" for the Monterey Mattress Marquee for 5 years in Monterey, California; a position which entailed coordinating educational forums and performances, as well as grant programs. Bryan also served as a clinician for Jazz Masters, a non-profit organization created by Bruce Forman, dedicated to making music available to needy children.

Bryan has been teaching string instruments since he was 15 years old. Currently he teaches double bass, violin, viola, cello, guitar and drums, as well as string symphony works; and was the string teacher at Applied Scholastics Academy of North County for 3 years, and co-musical director for the San Marcos United Methodist Church for 1 year, both in the San Diego County area.

In 2008 Bryan opened McConnell's Music with his wife and co-owner, Julie McConnell, with great success for 6 years, serving over 100 students, organizations, and community members per year, with quality music and education. In February 2016 Julie and Bryan re-opened  McConnell’s Music in the Asheville, North Carolina area, continuing to offer their high standard of musical excellence, both as performers and educators. Bryan also taught string classes at Haywood Commnunity College in Clyde, North Carolina for 5 years. Currently, Bryan teaches classes, private lessons, and workshops in strings and drums through McConnells Music. 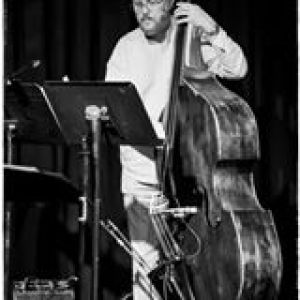