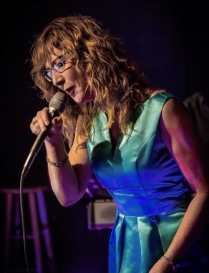 Julie McConnell has studied and performed music extensively since age 10, starting with gospel and classical music in her church choir in Greensboro, North Carolina. She went on to win numerous awards in piano and voice throughout Junior High and High School, both at local and state levels. She was awarded a Vocal Performance Scholarship to Appalachian State University in 1984. While at university, Julie was already performing gospel and mountain music professionally, and had her first professional classical gig by age 19, performing the alto solos for the Bach Magnificat at the Summer Bach Festival held at Isothermal Community College, celebrating the 300th anniversary of the composer's birth.

Julie moved to Southern California in 1988, and she continued to perform professionally with the San Diego Master Chorale, The La Jolla Symphony and Chorus, and The Palomar Chamber Singers, during which time, she continued her collegiate studies at the University of California at San Marcos, 1998-2000, 2012-2013, and again 2017-2018 long distance.

In the late 1990’s Julie began singing jazz and showtunes professionally. Julie has a unique approach to the jazz standard; rooted in the foundation of her Southern musical upbringing, with the vocal technique of Barbra Streisand, the youthful sound of Norah Jones, and the soulfulness of Patsy Cline. It is uniquely her own sound, clear, clean, and passionate.

Julie released her debut CD, Love Is Here, in 2004. This CD features Julie singing standards arranged by Bryan McConnell. It is an eclectic mix of songs performed with an original, smooth, and lasting sound. She has also recorded vocals for many other recording artists in Northern and Southern California, as well as Jacksonville, Florida and Asheville, North Carolina.

Julie also served as a K-6 music teacher for the San Marcos Unified School District for 18 years, working with over a thousand students per week. She created her own standards-based music curriculum, derived from the California State Standards for music, helping several schools to win the "California Distinguished School" status, and conducted over 300 performances before her move to Asheville, North Carolina area in November 2014.

In addition, Julie created a system designed to teach students, young and old, how to read music in just 10 classes, through the use of basic percussion instruments. Her unique system prepares the student to launch into any instrument, or musical pursuit. Julie was involved in the professional development of other music teachers in the school district, providing both her curriculum and training to the music programs at other schools.

Julie also has taught private lessons in both voice and piano for 26 years, conducted choral works for children and adults, and was co-musical director at the San Marcos United Methodist Church. In 2008 she opened McConnell's Music with co-owner, Bryan McConnell, with great success for 6 years, serving over 100 students, organizations, and community members per year, with quality music and education.

Since moving to Western North Carolina, Julie taught vocal and piano classes at Haywood Community College in Clyde, North Carolina for over 4 years, until Covid-19 happened. Currently, Julie teaches several vocal classes at Blue Ridge Community College. Julie also teaches private classes, lessons, and workshops in voice and piano at McConnell’s Music, located in Mills River, as it was reopened in February 2016, continuing to offer the same high standard of musical excellence as was given in Southern California.

Julie released her newest CD, Senza Fine, engineered by Phil Ludwig at Seclusion Hill Music, in much anticipation on December 2018 at her CD Release Concert in the Master Works Theatre, at Freeburg Pianos in Hendersonville, NC. The event was well reviewed and a great success, enjoyed by all who came. The CD includes 13 hand picked songs for hand picked musicians, the songs ranging from the "outside" to the "well known"...all compelling jazz pieces brilliantly performed with exciting and new arrangements by Michael Jefry Stevens, Bill Gerhardt, and Bryan McConnell.

In addition, Julie has been featured several times on Renee Denton's WNCW's "Local Color" weekly radio program, as well as featured February 2019 in the “30 Days Out” section of the Mountain Xpress, written by Bill Kopp. Julie was also featured as one of WNCW’s "Top Picks" from their winter 2019 event calendar, and had an extensive artist page feature from White Horse Black Mountain, as well as from The Isis Music Hall. In Summer 2019 Julie's quintet was featured in the Smoky Mountain News, and her band was featured in March 2020, as well as February 2022 in the Transylvania Times. In the Spring of 2020 Julie was the featured guest on WSQL’s “Jazzylvania” radio show with Michael Collins, and again in March 2022, and she is the featured story in the March 2020 issue of Sofia Magazine, written by Peggy Ratusz. Juile also has been featured twice on The Western NC Jazz Hour hosted by Jason DeCristofaro, and several times on David Vaughn's weekly radio show, Local Artist Showcase, on WTZQ.  Finally,  in March 2020, Julie received a special Outstanding Instructor feature in the Haywood Community College bi-yearly magazine.

Lastly, Julie was the project manager for singer/songwriter Bob Jordan's new CD, "If This Dream Stands," and will be performing the songs from this album with Bob Jordan at White Horse Black Mountain on Sunday, December 4th at 7:30pm, along with the rest of Bob's band. 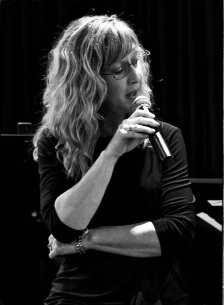